I want to share my Tribus microbes review and test results. I am using Tribus Original and seeing fast results from it. It is a mix of 3 growth-promoting rhizobacteria from Impello Biosciences out of Fort Collins, Colorado

They are: Bacillus subtilis, Bacillus amyloliquefaciens and Bacillus pumilus. While some of these are in some other products the concentration in Tribus is billions per CFU/ml while others are only in the millions. CFU is an acronym for colony forming units BTW. Although I am not a math whizz I think that’s 1000 times more than the competition.

I am still not 100% a believer in spite of some encouraging early results with the Tribus Original microbes. So I will keep updating this review and save my final determination for a later time. At this point I will simply say the early results appear promising and you might want to test it out in your grow.

Here is my first Tribus microbes video review. Shot about 24 hours after the first application and I can see results. Plants were not fed anything other than Tribus at 1 ml per gallon.

Tribus Vs Mammoth P Vs Recharge

I believe the high concentration of bacteria are at least part of the reason why this stuff seems to work so well. I have tried other inoculents like Recharge and Mammoth P several times in different grows for extended periods of time. To be honest I did not see any measurable results from them and I am not alone.

It’s rare that I find a product that really impresses me with actual results. Tribus Microbes from @impellobio straight up impressed me beyond belief. I actually didn’t even want to try it when I first got it. I didn’t think it would do anything better than what I was using. Holy shit was I wrong. My roots blew up like a nuclear bomb. I buy results, not hype…and that’s what Tribus Microbes gives me. I used the original. And am now starting to use the specific Grow and Bloom microbe blends. I will continue to show my results on my story and feed. #tribusmicrobes #impellobio #microbes #bacillus #trytribus #greengenes #cannabis #ledgrown #growyourown #prop215 #prop64 #jackshydro #jacks321

After trying numerous beneficial bacteria products I must admit that I had my doubts this stuff would work. But I was looking for something that would promote vigorous root growth. I tried Roots Excelurator too and was very disappointed by its performance.  So why not try something new?

Here is a pic of some new growth less than 24 hours after watering it in: 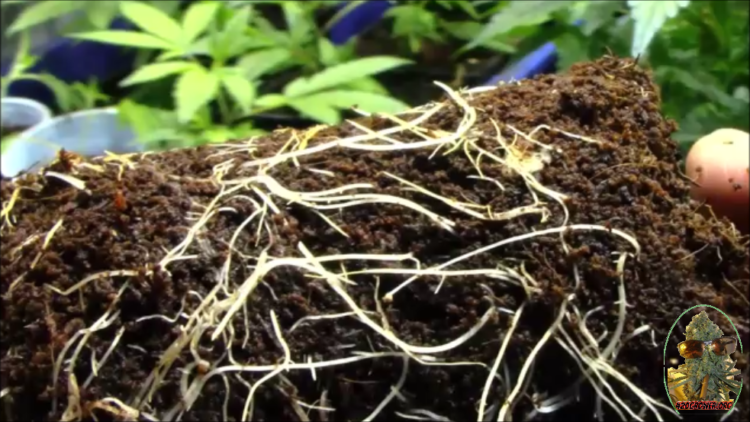 What Tribus Microbes Are Supposed To Do

According to Impello some of the benefits of Tribus are:

They are claiming a +14% increase in growth rate, +16% increase in stem diameter and a +15% increase in biomass yield. Now these are some pretty bold claims that they say are backed up by research. If true that’s great, but like most lab testing it does not tell me what it will do in my garden.

If it can make my roots explode I will be a happy camper. Since I dont grow under unfavorable conditions overcoming stress or nutrient deficiencies are not really a problem.

How To Use Tribus Original

Tribus is being billed as a seedling to harvest product which makes it pretty versatile. They do make a Tribus Grow and a Tribus bloom but those will not be covered here at this point.

Usage rates are 1 ml per gallon and with a price tag under $60 for a 250 ml bottle it is not cheap but a little goes a long way. This is not a nutrient so you need to continue your regular feeding program although if the research holds true you may be able to reduce your nutrient usage somewhat.

Because it consists of beneficial bacteria you really cant overfeed with it. Indeed, the bottle states 1-2 ml per gallon in veg and early flower and 2-3 ml in full flower can be used. More wont hurt but probably wont give better results.

For best results apply it to your grow media at least once a week. Impello says Tribus is compatible with all grow media, including hydroponics and even field application.

My main goal is to find a product that greatly enhances root growth and Tribus is supposed to do that. I am running it in 2 grow closets. One is 3 weeks into flower and the other is my clone and veg tent.

Actually, I am not really expecting much from the flowering plants because they dont grow roots that much once they are growing flowers. Also they are in smart pots so I really cant monitor root growth. Maybe I will see roots popping through them and maybe not. You can follow this grow here: https://420grower.org/animal-cookies-in-new-sip-grow/

My veg and clone tent is a different story though. Everything is in a solo cup or hard pot so it is pretty easy to slip them off and check the roots. I have seen some early new growth on the one solo cup plant I checked. Also I noticed a growth spurt and slightly better color on some Double Tap clones I am growing out. They had appeared to be kind of stalled out before.

Because plants grow and make roots anyway regardless of what is added I am looking for some out of the ordinary results that would confirm it is the Tribus microbes that are making the difference. So follow along as I continue my test of Tribus Original. 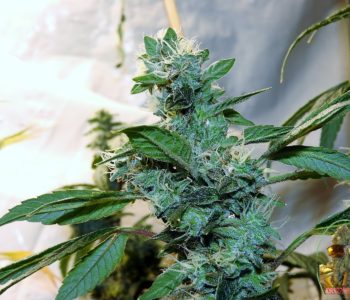