Here’s a video explaining the process of making fem seeds with STS solution:

Female Seeds Get A Bad Rap

First lets dispel the myth that feminized seeds are hermies or are hermie prone. If you use stable genetics and reverse a female to male the plant is no more hermie prone than a normal female plant.

How Feminized Seeds Are Made

There are a number of ways to make feminized seeds. One method called rodelization allows plants to over mature and make seeds. Plants will often produce seeds without a male by making their own male flowers. It is a survival mechanism that works in the wild but not in the grow room. Plants that produce seeds with this method are naturally hermie prone.

Colloidal silver can be used to reverse plant sex. It must be sprayed every day until male flowers form and many people have used colloidal silver to reverse their plants. I am not going to cover this here as there is lots of info online about how to use it and even build a generator to make it.

STS or silver thiosufate solution is the preferred way to make fem seeds. It is what is used by professional cannabis breeders and in commercial horticulture in general.

Here is a link to a PDF that explains how to make STS https://phytotechlab.com/media/documents/TechnicalLiterature/PreparationOfSTSsolution.pdf It should be noted that this solution needs to be diluted further before spraying plants with it.

Make Your Own Feminizing Spray

I started my seed project by buying a premixed spray off eBay. It may have gotten to old or may have been diluted too much but it did not work well.

After spraying pistils should be turning brown and drying up but most of mine were not. After using my homemade spay the sprayed buds were turning brown within less than 24 hours. So mix your own because the solution needs to be fresh.

You will need to mix the two in a 4:1 ratio always adding the silver nitrate to the sodium thiosulfate. You can use plastic to mix them although glass is better. Do not use metal containers anything metal to stir the 2 together. 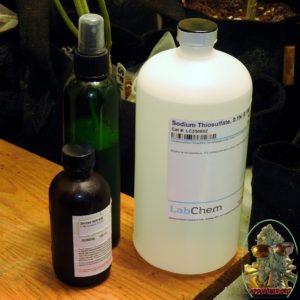 I took 10 ml silver nitrate and 40 ml sodium thiosulfate and put each into a clean shot glass and mixed them together. I used a syringe to measure the amounts.

After they were mixed they were poured into a pint spray bottle and I added some distilled water and a drop of dish soap to it.

Common recommendations are a 9:1 dilution rate but I found that some breeders use a 5:1 ratio and I decided to go with that.

Keep the silver nitrate and the finished spray solution in the dark. I store mine in the fridge. No special storage is needed for the sodium thiosulfate. They will keep for a long time and you should be able to carry out several breeding projects with them.

Just remember that the STS solution is only good for about a month and you will get your best results using it right after making it.

You want to start spraying your plants about 4 days before moving them into 12/12 lighting. Some people just spray the buds or a selected branch and some spray the whole plant. However you do it you need to spray every 4 days until you start to see male flowers and then you can stop.

You will probably see white female pistils at first. They will turn brown and dry up from the spray and become male flowers usually in 2 or 3 weeks. Remember this plant is female so it is natural for it to start out with female flowers. Perhaps if I had started with a stronger and fresher spray in veg they would have been male to start with.

The silver interferes with ethylene production. Without ethylene the plant can not make female flowers. But because it is going to flower anyway it can only produce male flowers. So you are not producing a hermie plant. You are producing a female with male flowers and as a result anything she pollinates will make fem seeds.

Some Strains Are Harder To Reverse

It seems some strains are harder to reverse than others and my guess is the more stable the strain is the harder it is to reverse. The Black Banana I am trying to reverse seems to be one of these. That is why I chose to make a stronger solution and I have not seen any burning of foliage even at a 5:1 dilution rate.

I started everything into flowering at the same time. I assumed that the spray I used would work and that males flower sooner. But that did not happen this time. Normally my plants are flowering within 14 days of flipping them over. So it might be better to start your treated plant a week or two before the others.

I am hoping that pollen will fly before the other plants are done flowering. If it doesn’t I will have a bunch of bud to harvest. But I would expect to find some seeds in my target plant at least.

Do not try to smoke the treated plant. You need to throw it out.

Been spraying STS regularly starting in veg about 4 days before switching them over to flowering. I have been checking for male flowers daily and have mainly focused on the top buds.

Today I decided to check the lower buds on this Black Banana plant. Guess what? I found some too! They are hard to see and harder to pick up on camera. But trust me, they are there. They will be more obvious in future updates.

I have some Blackberry autos in with my seed project. Although I am not really interested in growing autoflowers I saw some really deep purple show up in grow journals of these. Since I like purple buds I thought they might be good in the mix.

My plan was to cross them with my Black Banana. But I was worried she may not make pollen soon enough to get to them. So I put 2 plants back into my veg tent and started treating them with colloidal silver and then STS.

Today is day 35 and there are definitely male flowers showing on my plants but they have not opened yet. They should start to shoot pollen in a few days.

The BBC is really hard to turn. If you count the time she was treated while in veg it has taken 42 days to get to this point. Conversely the Blackberry had male pods ready to open in 2 weeks! So some plants are much harder to reverse than others. 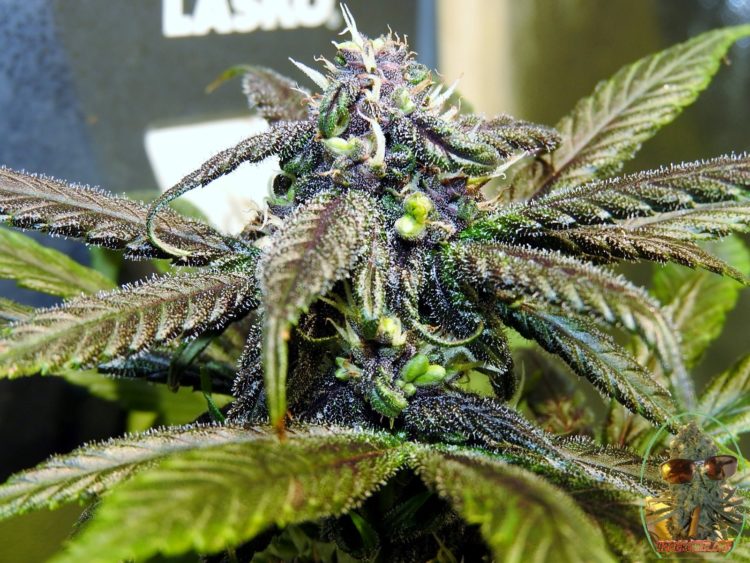 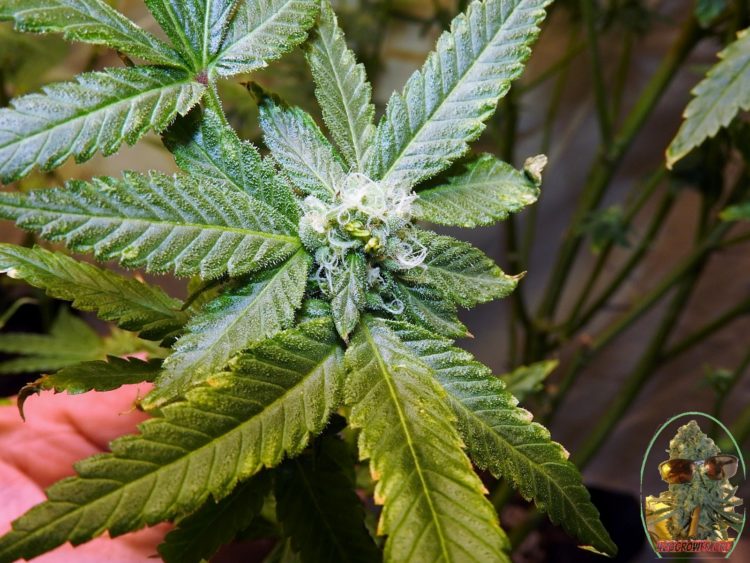 It is day 56 and although I am seeing lots of male flowers none are opening and dropping pollen. This entire process is taking way longer than expected. The Black Banana is very stable and took over 40 days before she started to turn.

By contrast the Blackberry was sprayed weeks later and had male flowers within 2 weeks. I may need to collect flowers and pollen to dry for later use.

Because of how long this is taking the plants I wanted to pollenize are maturing and have very few white hairs left to catch pollen.

The day after shooting this video I found some pollen grains on the Blackberry. She was moved back with the other plants hopefully to make some seeds. It is not what I planned on but I am glad I decided to spray her too.

Here is a Tropicanna Cookies on day 60. Nice plant fed only on Jacks. My selected pollen donor was a Black Banana that did not want to reverse. Doesn’t look like she will get seeded this time around.

On a happier note I saw some seeds developing on my Blackberry plants. I will take this project to day 70. Then everything will get hung and dried. Maybe I will get lucky and find seeds in some of the other plants.