Gelato 33 is sometimes called Larry Bird because that was his number. I am sure other than that this strain has nothing to do with basketball. It was simply the #33 pheno from a group of seedlings. 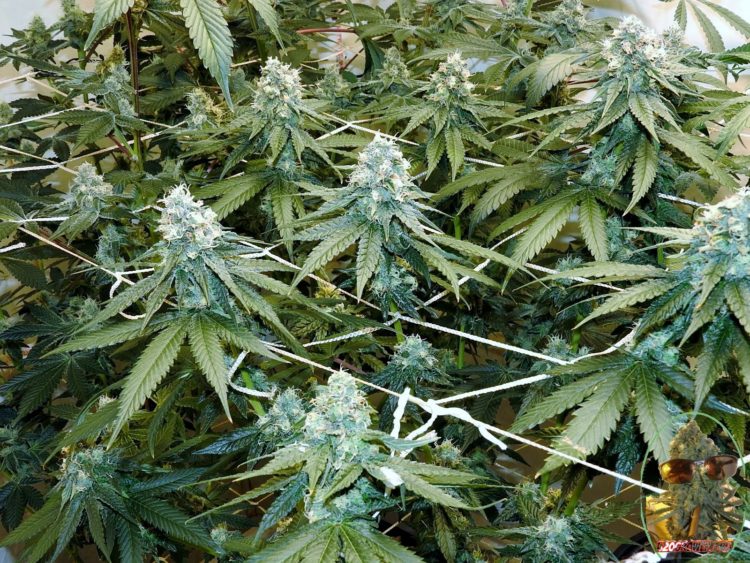 Gelato 33 comes from Cookie Fam of the Bay Area and is a cross between Sunset Sherbet and Thin Mint GSC. It is one of several keeper phenos found from the cross.

I found her easy to clone and a strong grower. Medium height and flowering all along her branches. A series of neem oil sprays to kill spider mites set back most of my veg room but the Gelato 33 quickly outgrew the damage and as she is the biggest and best plant I have right now I will be putting her into flower.

Gelato 33 Getting Ready For Flower

My screen went down and the Gelato  was spread out to open the center up. She will be sharing the space with a Black Banana Cookies and a Tropicanna Cookies. Although she is taller by quite a bit, I expect the other girls to catch up and pass her during the stretch.

My plants are being grown in a chow mix of 75% growstones and 25% coco and watered with top feed drip in a recirculating system. They are in a 2×4 flood tray. Nutrients are New Millenium and lighting is a HLG 550.

First day of flower! Plants have been transitioned into flower by gradually shortening day length from 18 to 12 hours. They were fed New Millenium Decision during 2 days of the transition to flower.

The Decision does a great job of initiating earlier flowering, improving stacking and reducing stretch. It is only run for a few days by itself and it can cause some yellowing to occur at which point it is time to go to flowering nutes.

For flowering I use New Millenium  Autumn Gold, Equinox and Ruby Ful. I have had really good results with New Millenium Nutrients. All their products are excellent and I would recommend giving them a try.

Plants are looking really good considering all they have been through. Black Banana is praying hard in this video shot at lights on. I put in a 2nd screen getting ready for last 2 weeks of stretch.

Still waiting for flowers. Plants showing white hairs and it is very close. Found out I messed up during the time change to DST. Thought  I was running 12/12 but turned out I was running 13 on and 11 off. It’s OK and DJ Short even recommends it for sativas but in this case I think it delayed flowering a bit. 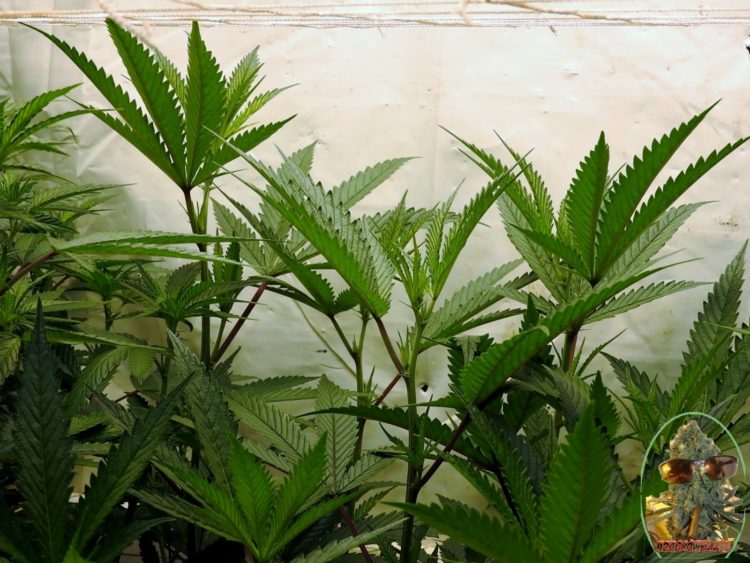 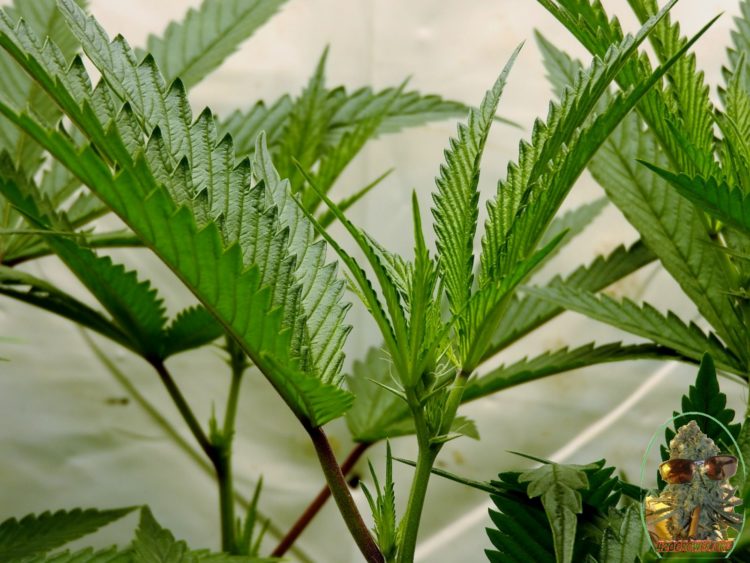 The Gelato 33 has been growing like crazy. All the plants have but it is throwing heavy shade on the lower buds. Time to leaf strip! I like to do this on day 14 instead of waiting for day 21 which is when most people defoliate their plants.

I made a big change this week and added CO2 to my grow. It will probably take about 2 weeks to really notice the difference. Almost immediately after shutting down my fan I noticed the plants were looking much happier.

I have a large fan and it was moving a lot of air and creating a strong negative pressure in my grow closet. I believe it interfered with my plant’s ability to breathe properly. Also the humidity was always low at 20-30% and now it is at 50% which is much better for plant respiration. More info at: https://420grower.org/adding-co2-in-a-vented-grow-room/

Today is day 28 and also a week adding supplemental CO2. It is hard for me to tell how much of a difference it makes from looking at my plants.

Where I see a difference is how much more they are eating and drinking. It is obvious they have a higher metabolism now and I am sure the increased uptake will result in a better grow on many levels.

I have what looks like a classic case of nitrogen toxicity. Most pronounced on my Gelato but also now showing up on the Black Banana and Tropicanna. Leaves are dark green, shiny and clawed.

Plants were flushed and are now getting a much lower nutrient level. I thought because I was using CO2 and the plants were eating and drinking so much that I needed to raise my nutrient levels to match my co2 levels of 1200 ppm. Turned out to be way to much and it looks like I have N toxicity even though very little nitrogen was actually in the mix.

The buds are fine and still pushing pistils so I dont want to run just water because they still need nutrients for the next couple of weeks but I am running under 500 ppm right now. 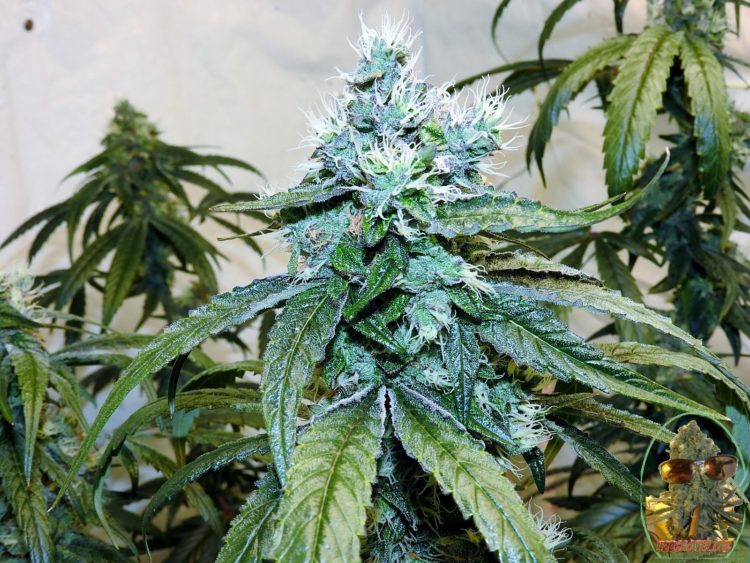 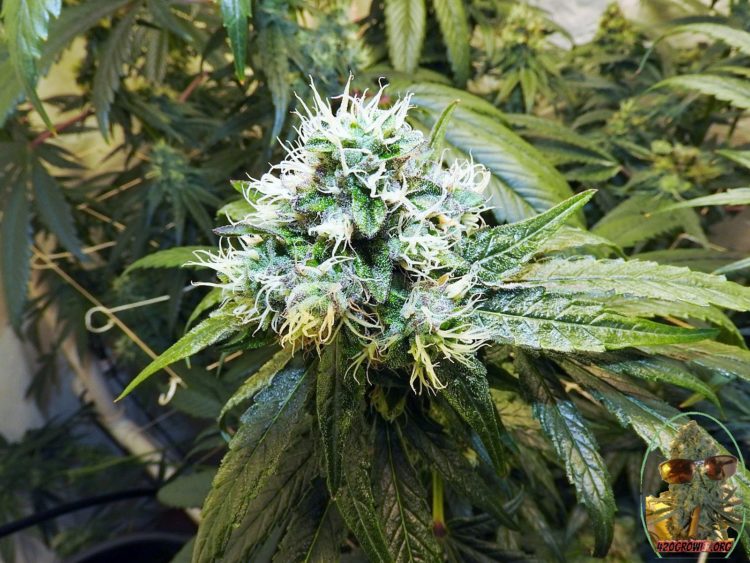 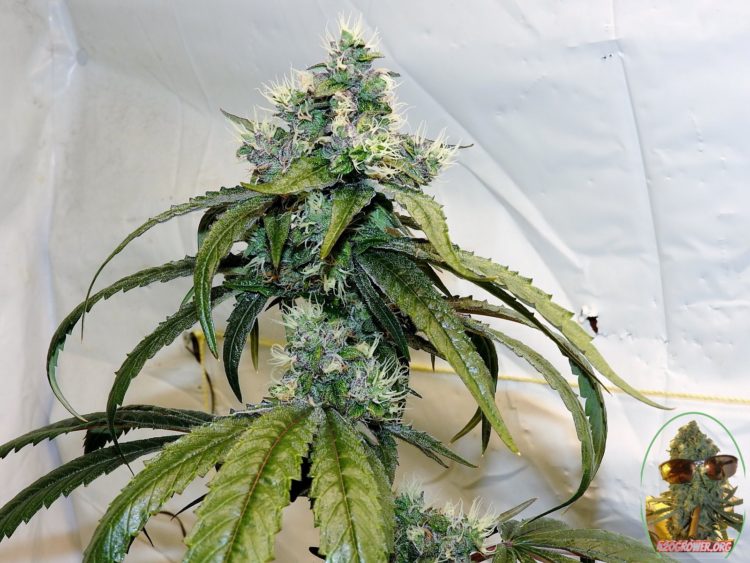 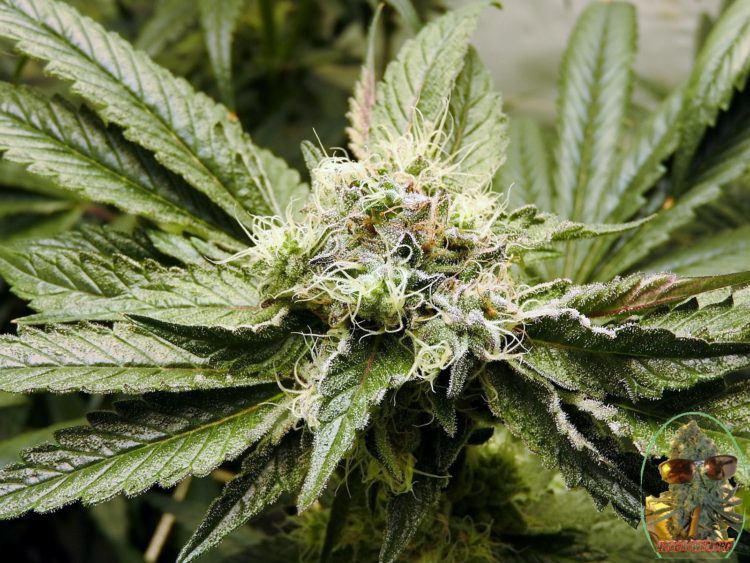 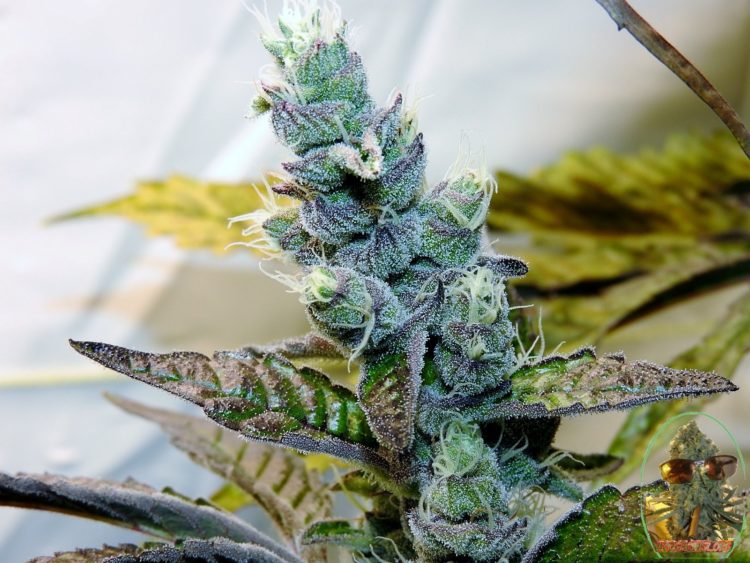 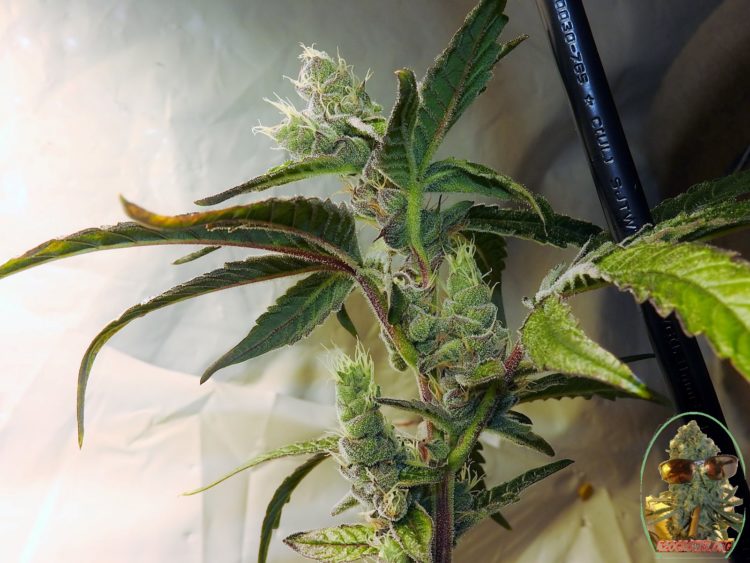 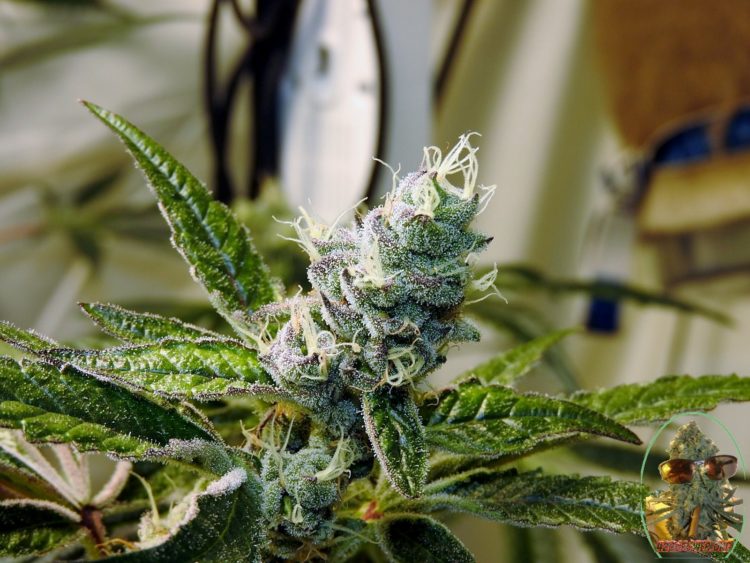 I am running growstones so there is no buffering like in soil or coco. I also recirculate nutrients so I am always feeding and not doing a feed water feed which means I need to keep my ppms lower. Matching nutrient and co2 ppms obviously does not work in this system.

Winter Frost is used alone as a preflush. You run it for 7-10 days before you flush. It increases oils,terpines and trichomes by signaling the plant that the end is near and it needs to get in high gear to finish its crop.

It is not a substitute for a proper flush but it can shorten the days you need to flush. Some plants react by turning purple others by going yellow. It is somewhat strain dependent how plants react but all start showing fall colors and increased smell. Here are some pics from day 42: 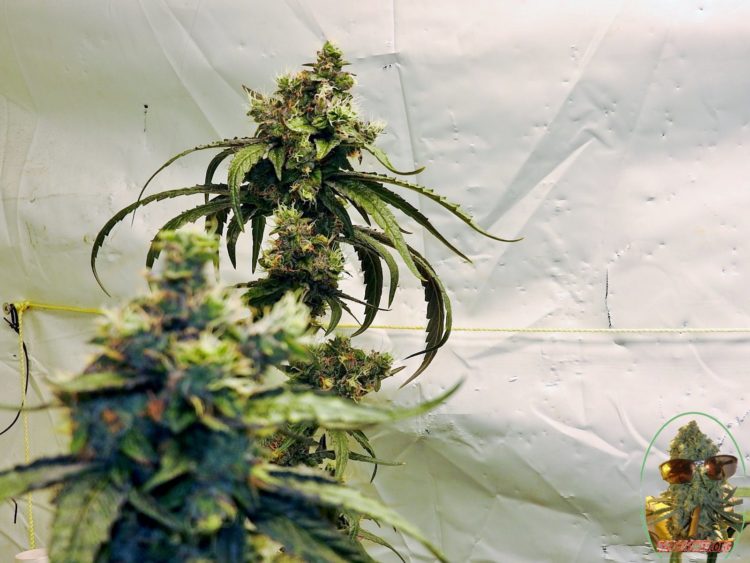 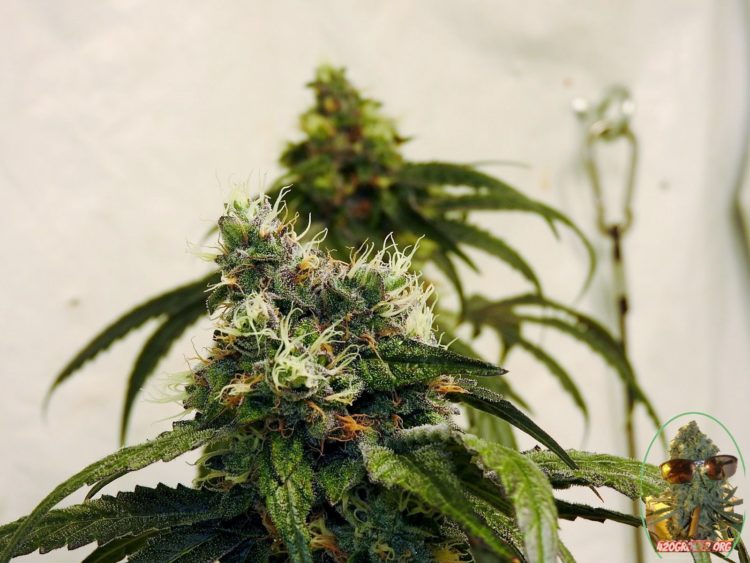 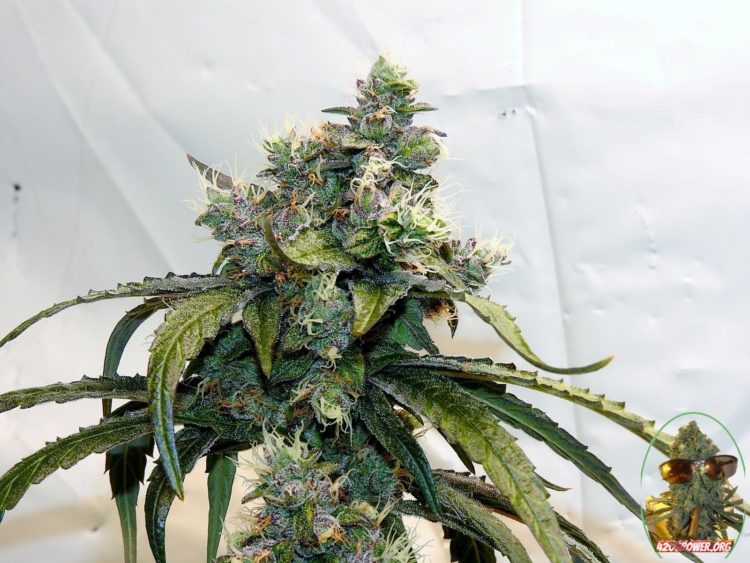 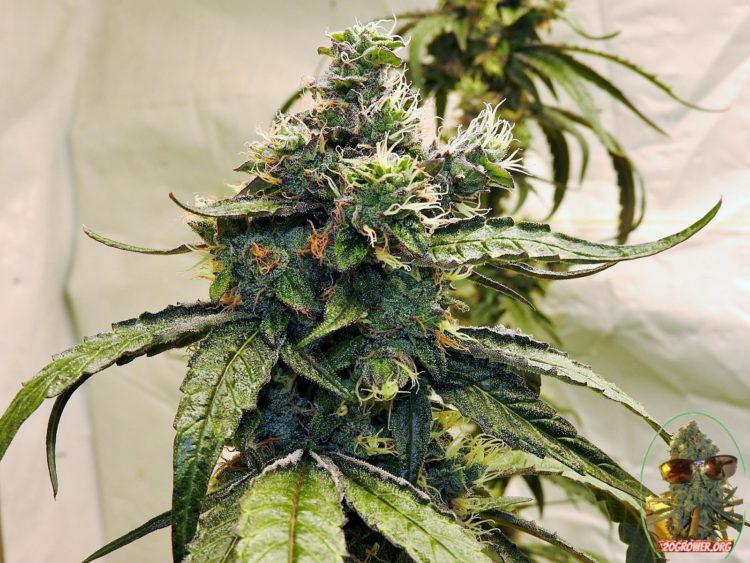 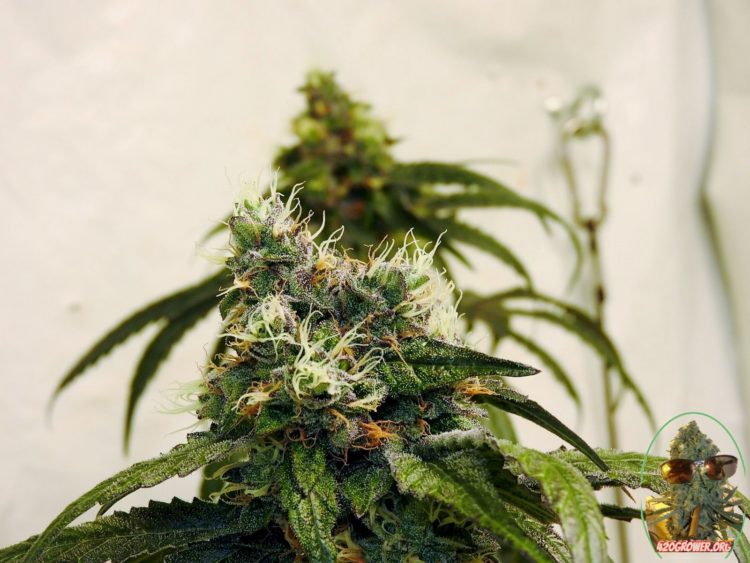 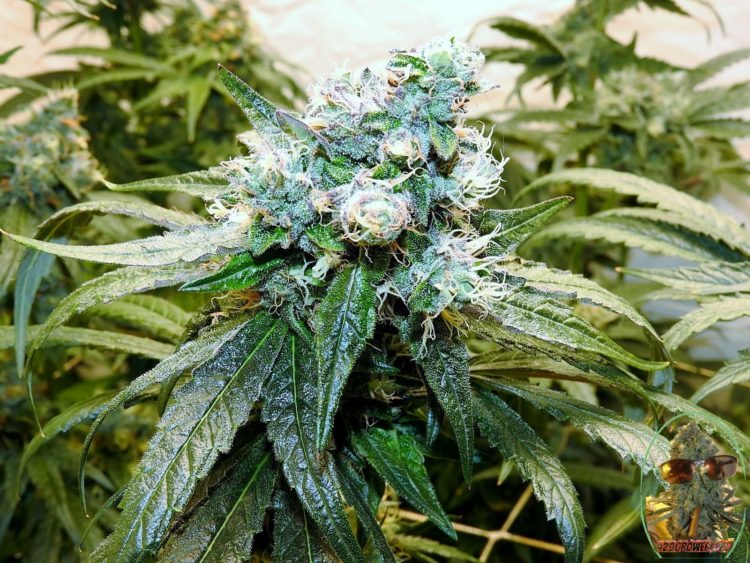 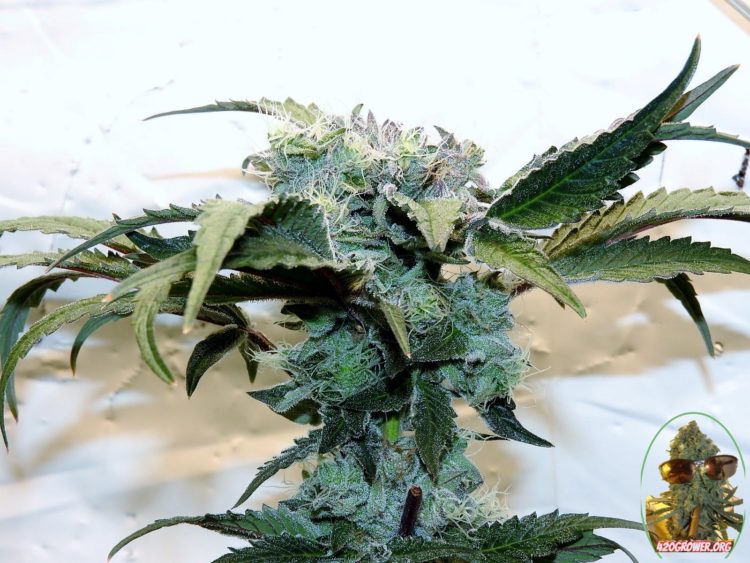 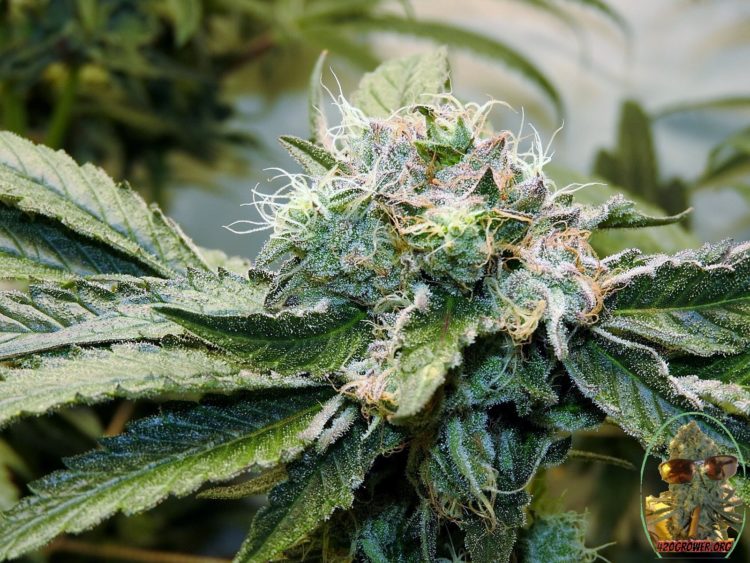 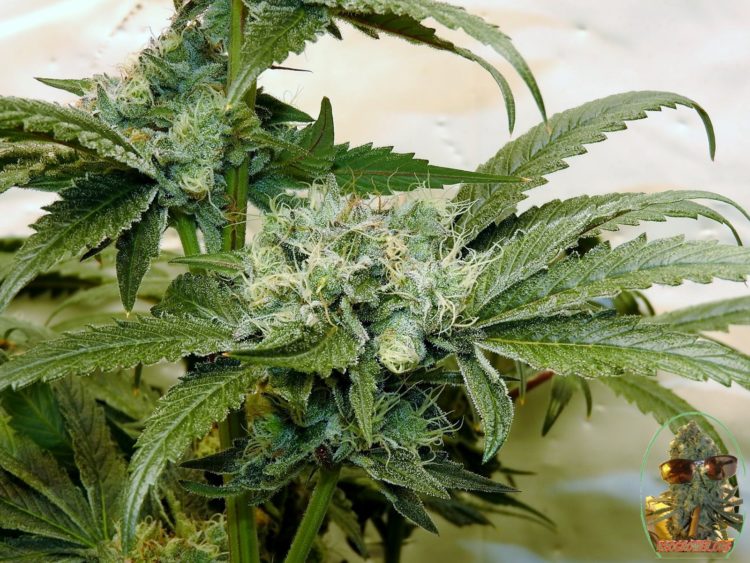 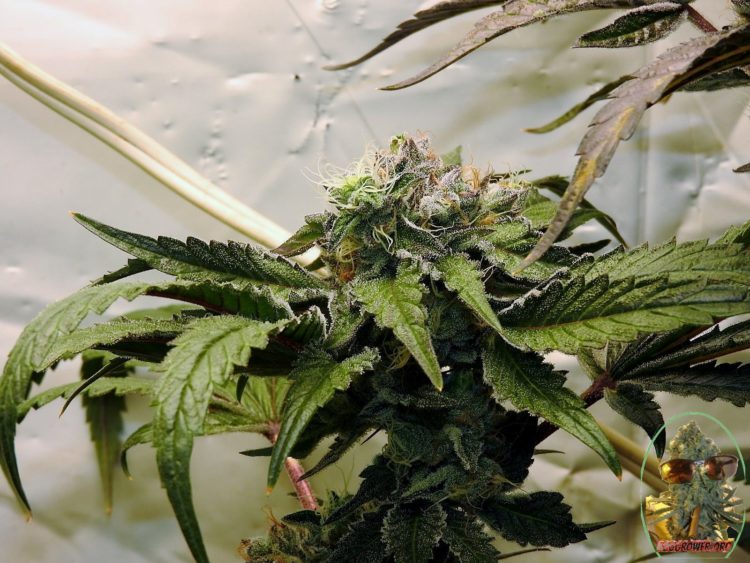 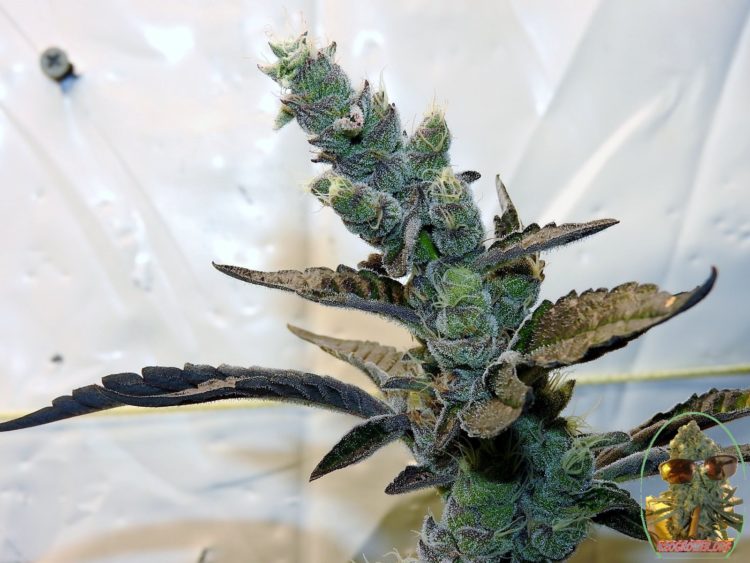 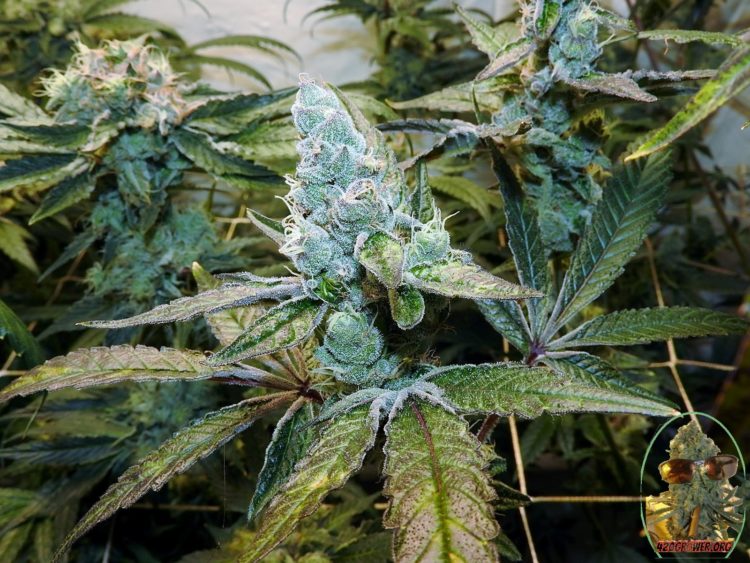 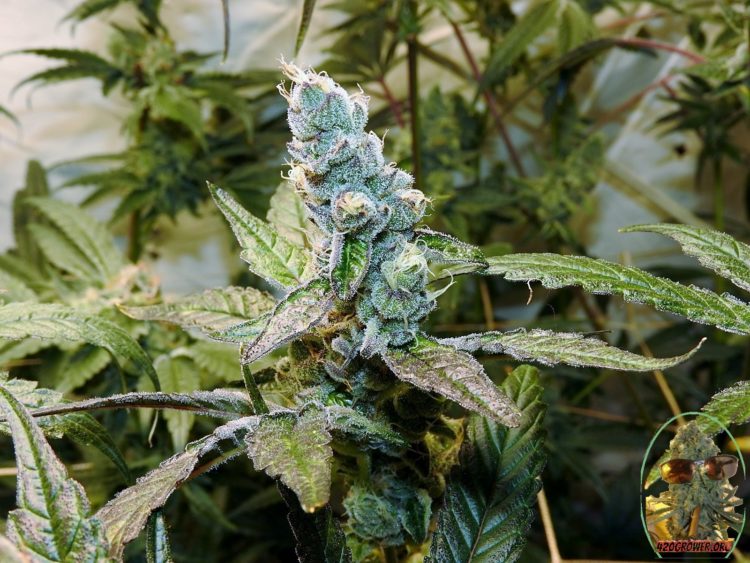 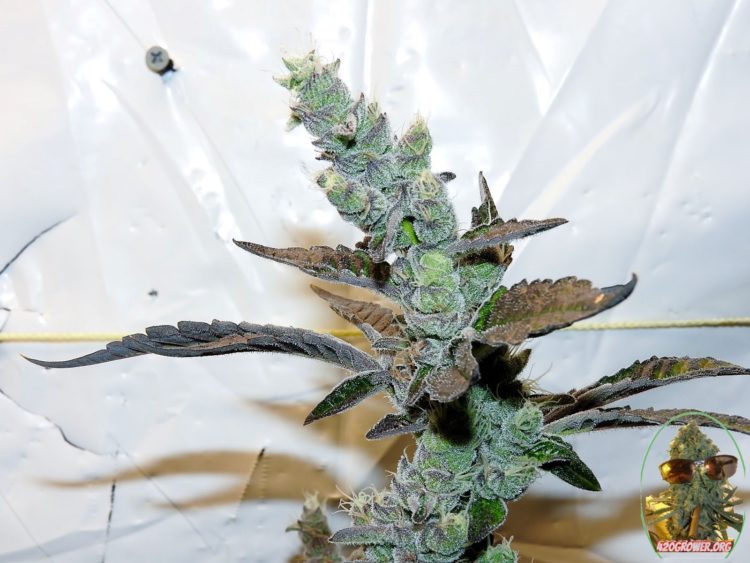 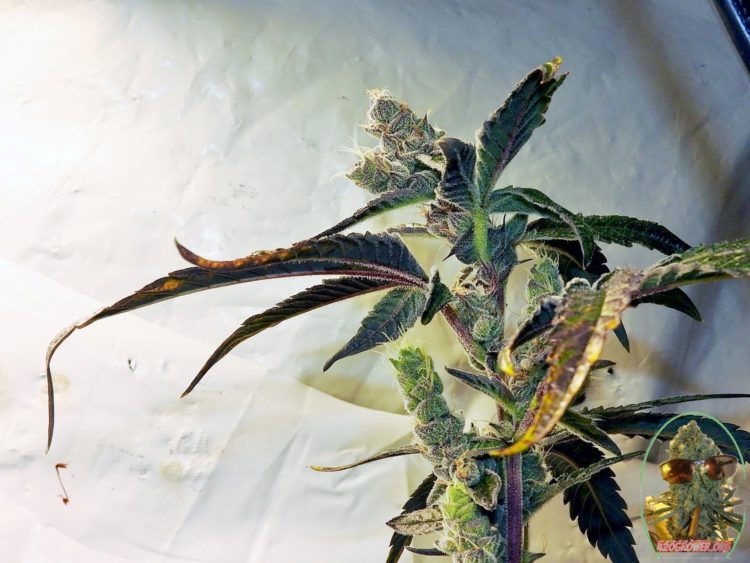 Day 49 Fade Is On – Getting Ready For Final Flush

Plants are starting to fade after running Winter Frost for a week. Now it’s time to start running just plain water until the fade is done.

Plants are still pushing some white hairs but most pistils are turning brown. The Gelato is definitely done and has the most brown pistils. Because these plants were overfed early in the grow I want to try to flush out as much excess nutrients as possible.

Once I get a decent fade throughout the grow they will be harvested. I expect these girls to be up for another 7-10 days. I have some fairly big girls in my veg closet that really need to come out and be flowered. Normally I would flush longer. If I wait too much longer I am afraid my next crop will be too tall so really a week or two is about all I can spare.

I decided it was time to start flushing now even though I was planning on waiting a few days more. I have plants busting out of my veg tent and they need to be flowered.

As it is, since I will be drying these in this closet my veg plants will not go in for at least  2 weeks. I dont want them so big that they are too tall and really close to my light.

Gelato 33 Keeper Or Not?

Having a tough time deciding what to do with this girl. I like her but she is a bit light on frost. I think too much N may have caused this. Some later developing buds are better probably because they did not get a chance to soak up all that extra nitrogen. Here is a video from day 50. Look at the Gelato and tell me what you think.