Going to flower 4 Double Tap which is a cross of GG4 and Black Banana from Solfire gardens. Plants are in 2 gallon smart pots filled with coco and watered with top feed drip and I will be recirculating nutrients in this grow. Lighting is a 600w HPS and a HLG 550 dimmed to 300w.

It should be an interesting side by side. The HLG 550 puts out a lot more light and to keep this comparison fair I may need to dim it down to 250w. I want to see how the same strain performs under 2 different lights and spectrums.

I have had a problem with foxtailing on some strains and the Double Tap is one of them. So I am hoping to find out if spectrum has anything to do with it. Honestly I dont really know if it does. Too much light of any spectrum might be the cause so I will be running a 13 off and 11 on light cycle to see if that makes a difference. I also will try to keep PAR readings under 800 micromoles. 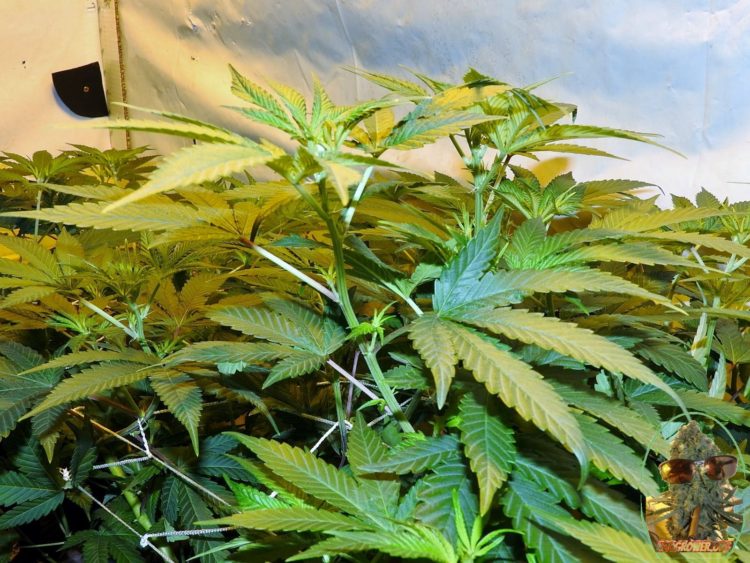 Other things that can cause foxtailing are too much nitrogen or high temperature. I dont think either is the cause in my case. Temps never get too hot in fact with LED grows I usually need to add heat except during the summer. I run bloom nutes which are low in N too but I will run around 600 ppm to try to eliminate that as the cause.

Some strains foxtail naturally. Many sativas and hybrids with those genetics do and GG4 one of the parents of Double Tap does as well.

HPS Vs LED Side By Side Day 7

On day 7 all 4 plants are doing great. Growth has been good under both lights. I have a fairly even par of 450-500 on both sides of the closet. It does seem to me the HPS plants are showing more vigor with more lower branching than on the HLG side.

Plants are starting to flower on day 14 and look good. Both sides of this grow look about equal and I have adjusted the lights so par levels across both sides are in the 500-700 micromole range.

Plants are doing well on day 21. Top feed drip and drain to waste are working really well together. Feeding at 650 ppm and 6.0 pH and they look happy and are not asking for more. I still do not see one side looking better than the other at this point in time.

I am seeing a difference in trichome development. The HPS plants have more or bigger trichomes than the LED plants but the LED plants are stickier and smell more.

Buds are swelling and stacking up. I noticed a dramatic increase in size this week. This cut of Double Tap looks like a winner under both lights.

I wanted to shoot a separate video of these. Although it is hard to determine which side is doing better clearly the nicest plants are between both lights.

I think the mixed spectrum provides plants with a more well rounded spectrum by providing all the elements lacking from each individual spectrum. So the LED gets more red and the HPS gets more blue and the plants do better.

Reaching For The Sky Day 42

She’s a very tall girl that’s for sure. Just put on a third layer of netting because the tops were starting to lean over. Never really needed that before but her branches are thin and weak. Very sticky and great trichome production too.

My Double Tap girls have been flushing for about a week now. Still plenty of white hairs and some starting to turn brown. She will probably go 63-65 days but it really depends on the fade and the flush.

She is very frosty on both the HPS and LED side but I think the HLG 550 is producing more trichomes. On the other hand some of the HPS buds look a bit larger but there seems to be more buds under the HLG 550.

To my eye the nicest tops are getting both spectrums. I am not really seeing foxtailing on either side although some buds are more elongated than others.

Leaves are turning yellow and some are turning purple. I am seeing some purple in the buds too. I did not expect this but I do like purple. Everything is very frosty and white hairs are starting to turn brown. That’s a sure sign harvest is close by.

Foxtailing does not seem to be a problem on either side so my problems were likely caused by other factors and not spectrum. Too much light might have been an issue. Heat was not a factor in the foxtailing but I suspect stress possibly from over watering might be.

I did not run the side by side to compare lights but instead compare the different light spectrums. However I am seeing some different results late on.

The HLG 500 side appears to be finishing faster. I see more brown hairs and more leaves turning. There appears to be more buds set on the LED side and they have better trichome production. I still dont know which side will produce more but from what I see today I believe the LED side will win by a small margin.

When To Flush And Day 56

When do you flush? I like to flush early because it gives me time to get all nutrients used and results in a smoother and cleaner smoke.

It has been hard to really show the HPS side well so I added a supplemental 6500k light to show off the buds a bit better. It worked, at least until it tripped a breaker. 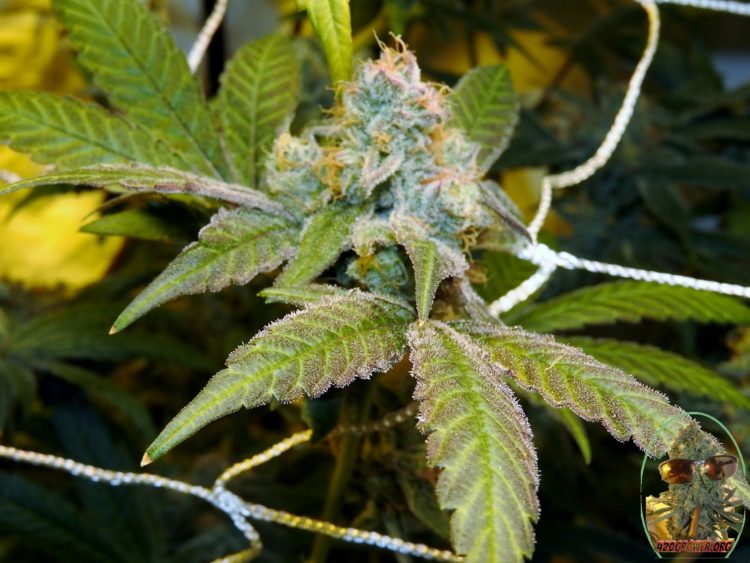 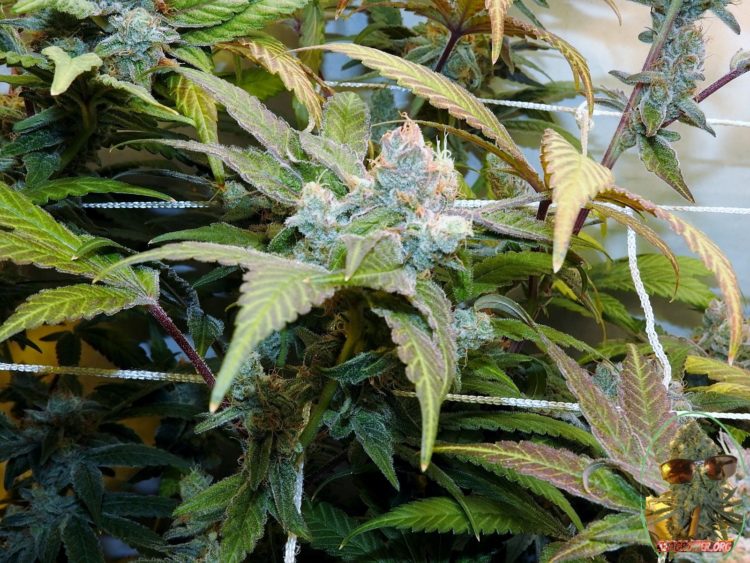 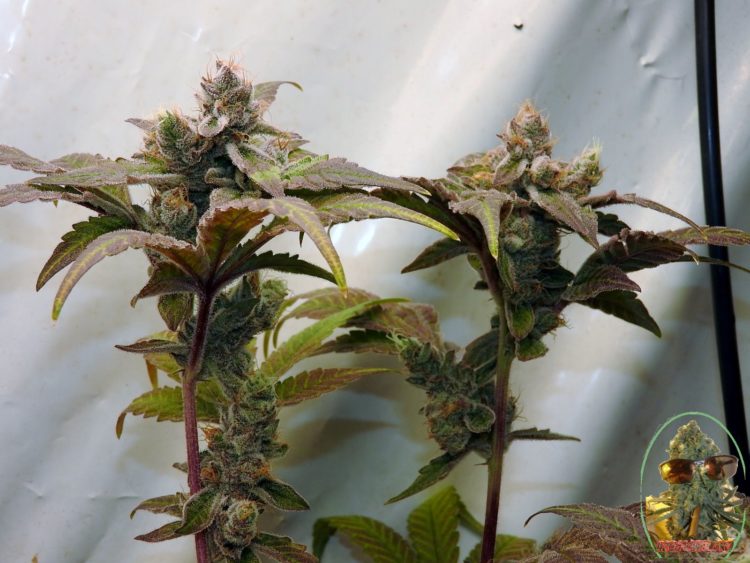 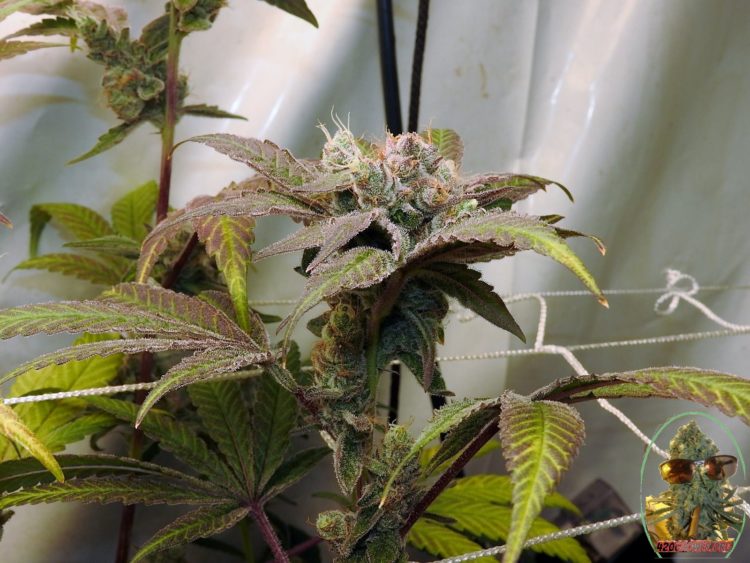 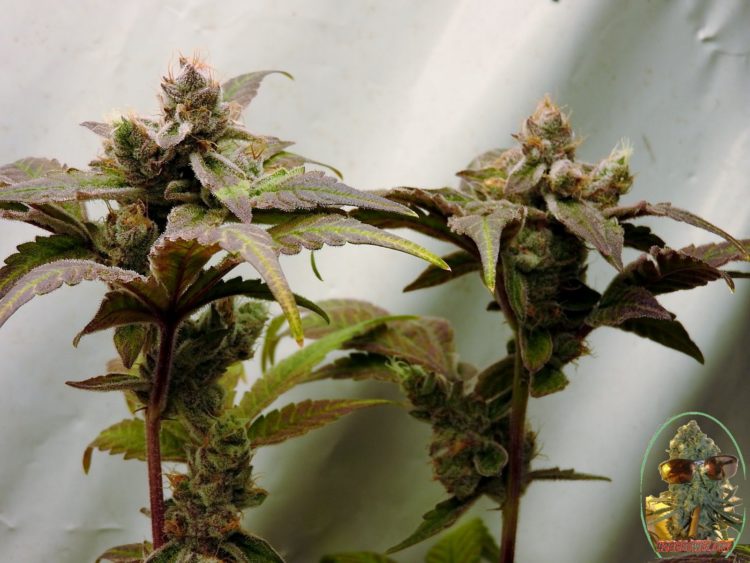 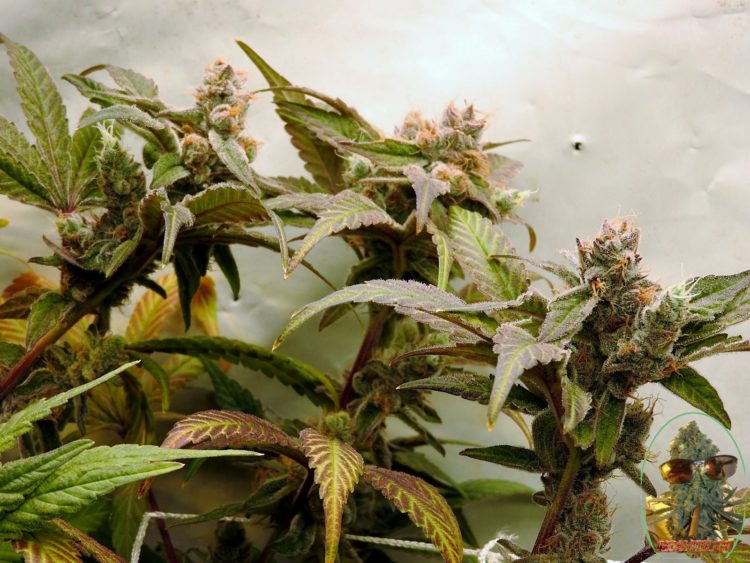 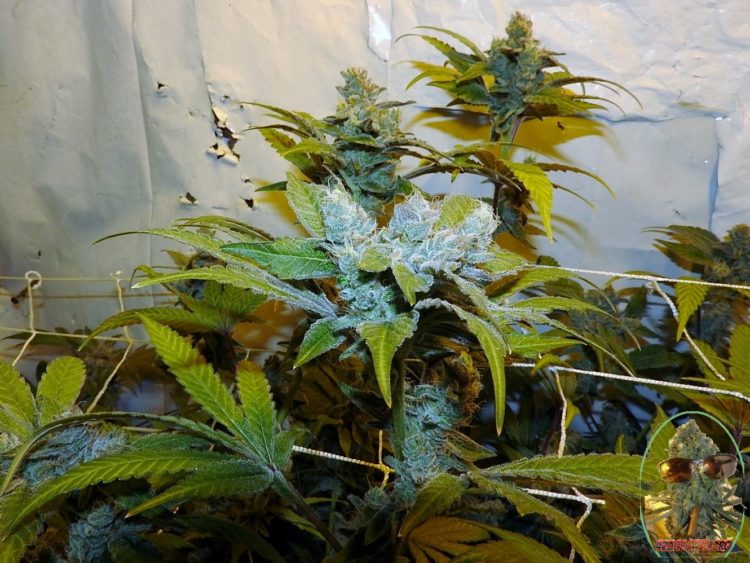 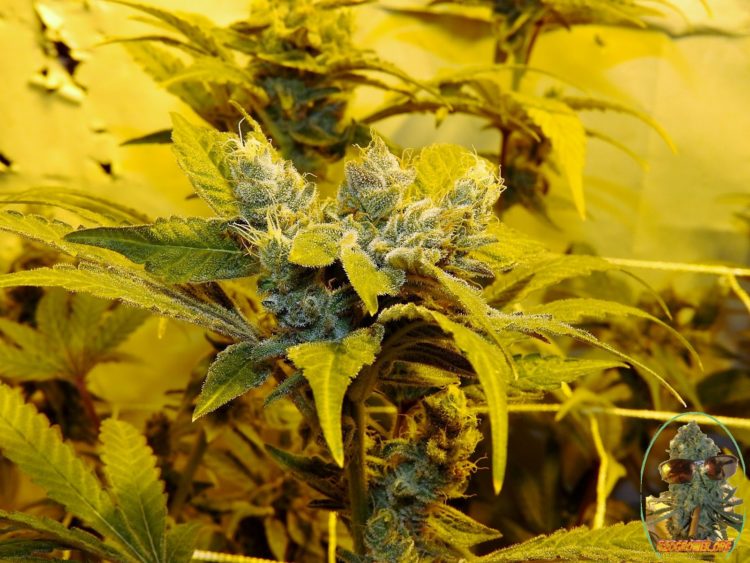 Not many white hairs left so almost time to harvest. I want a full fade even on lower leaves and so harvest may still be a week away. Some day 60 bud shots below. 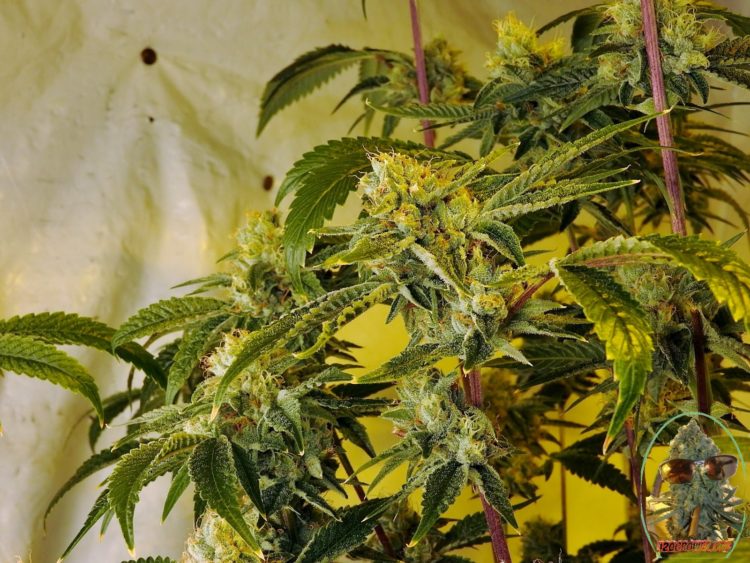 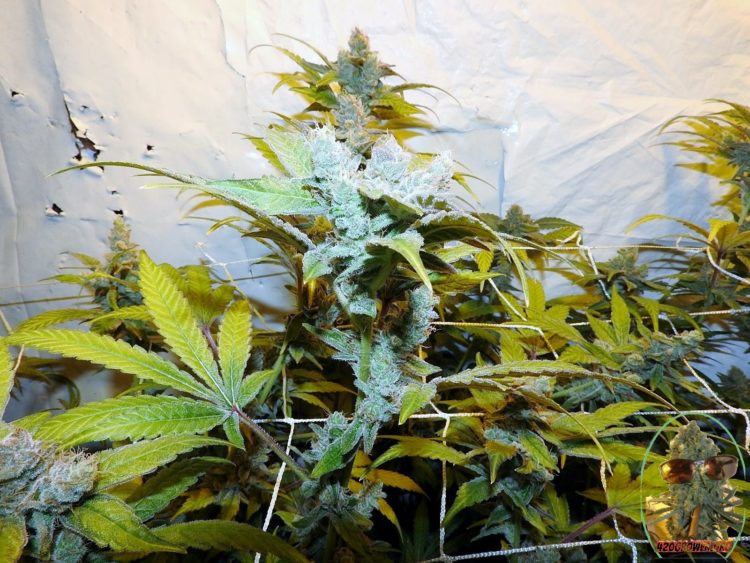 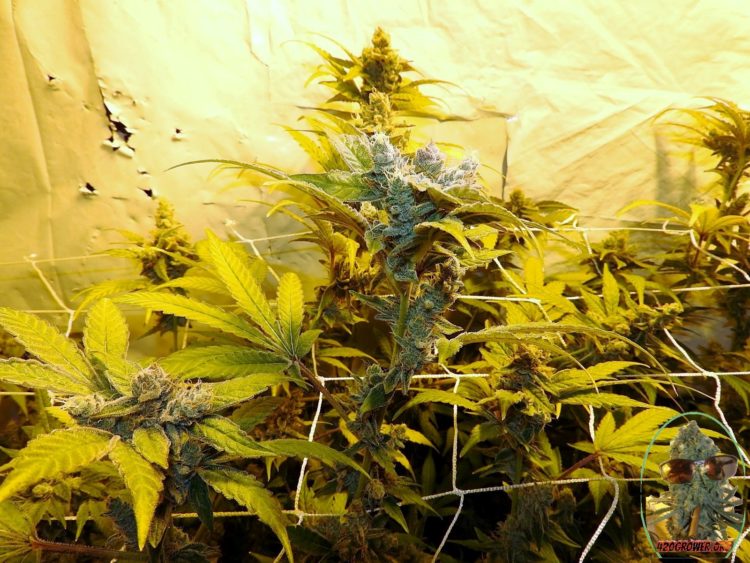 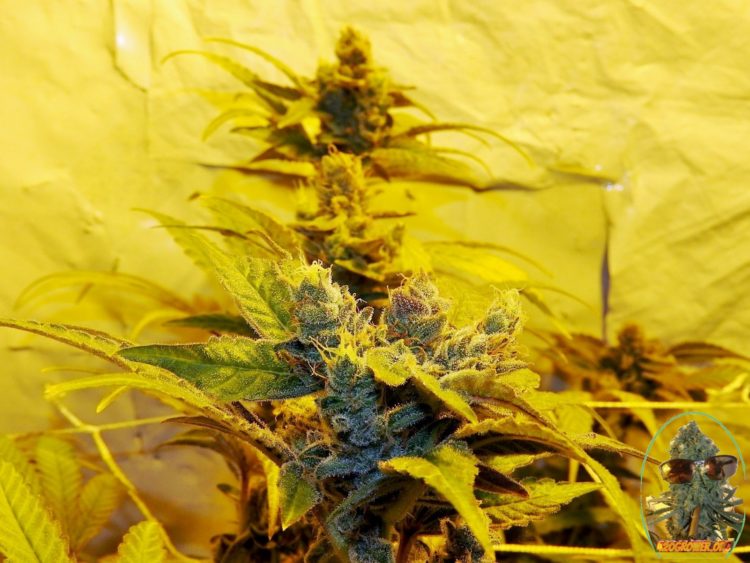 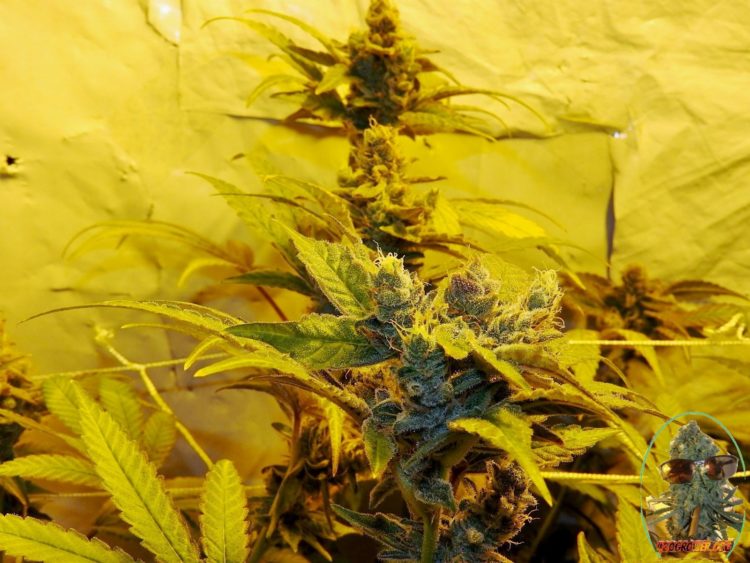 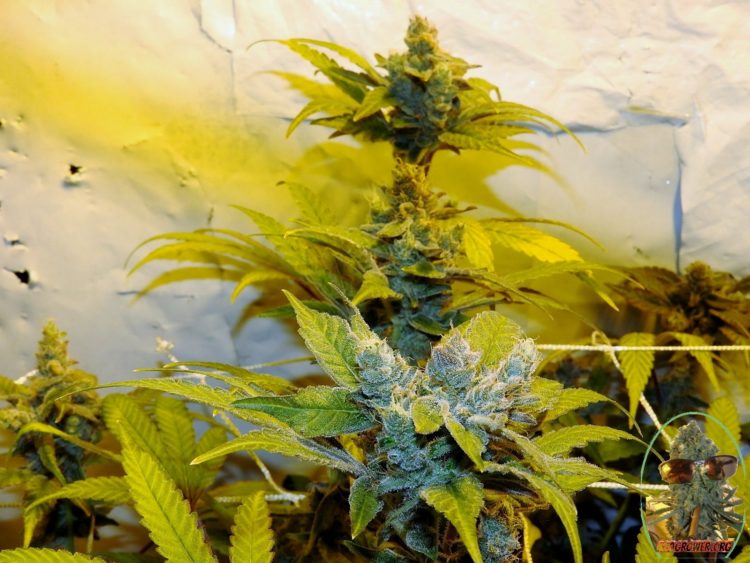 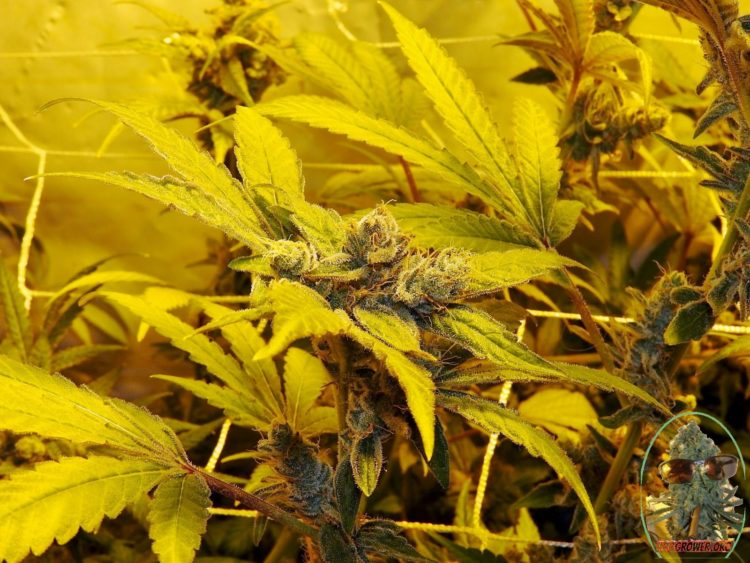 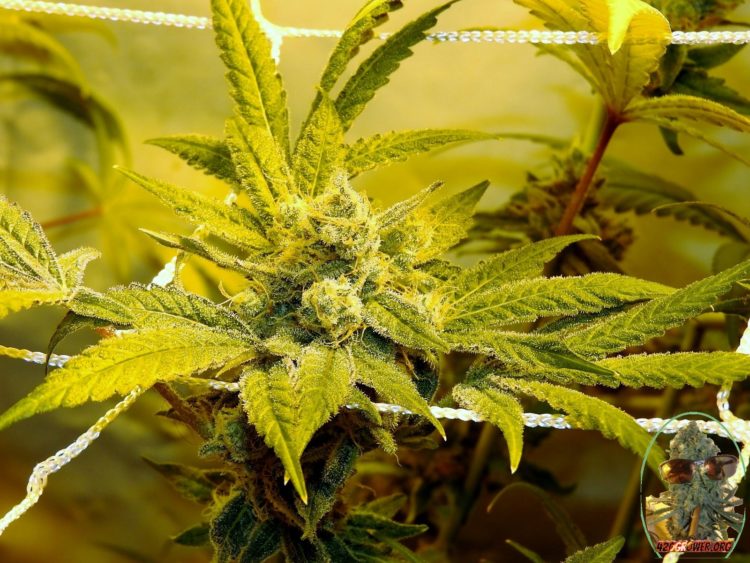 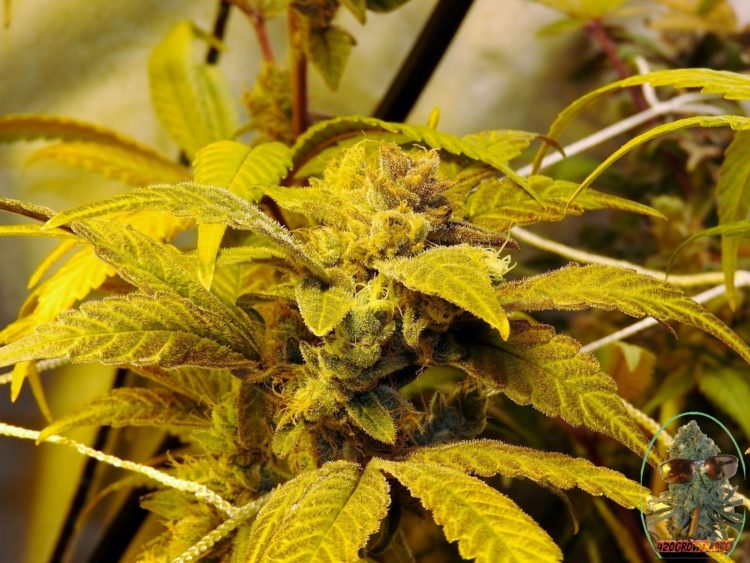 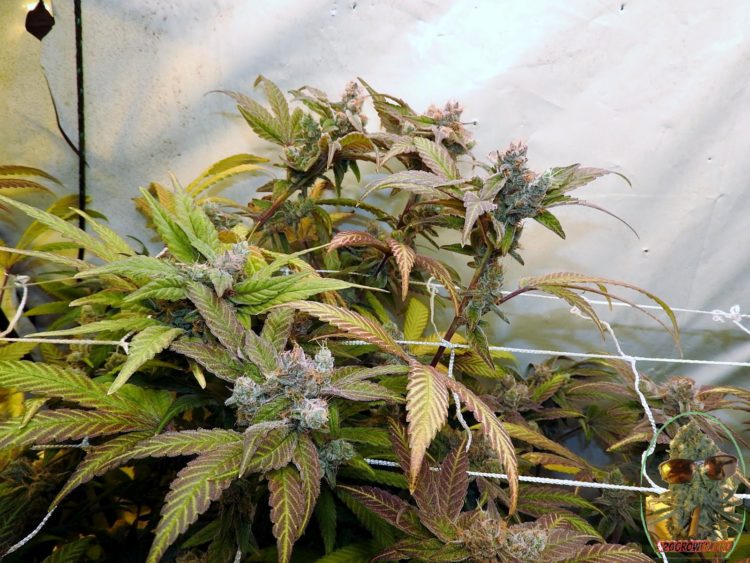 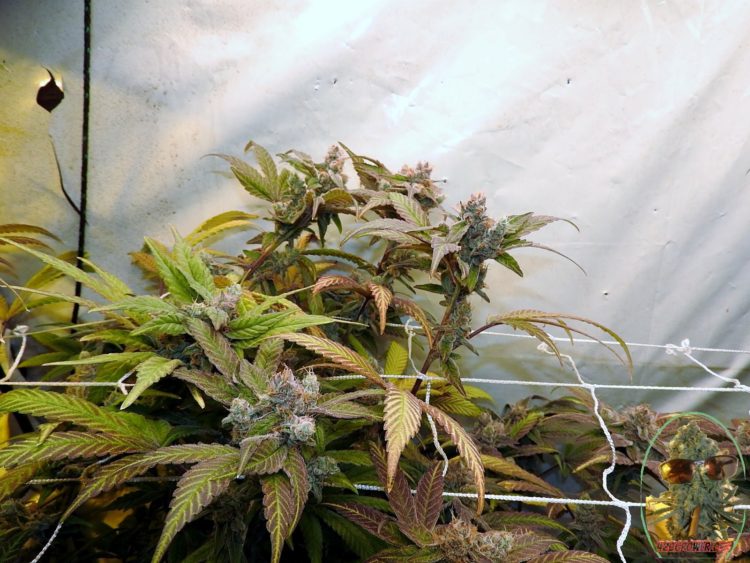 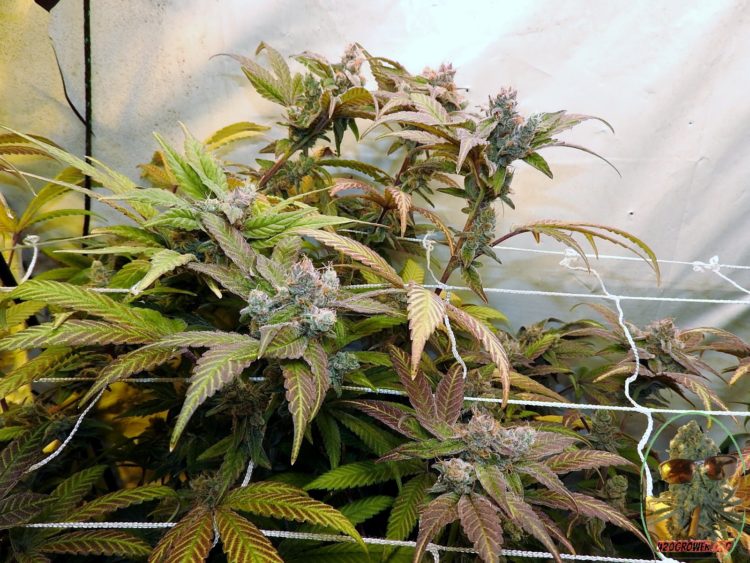 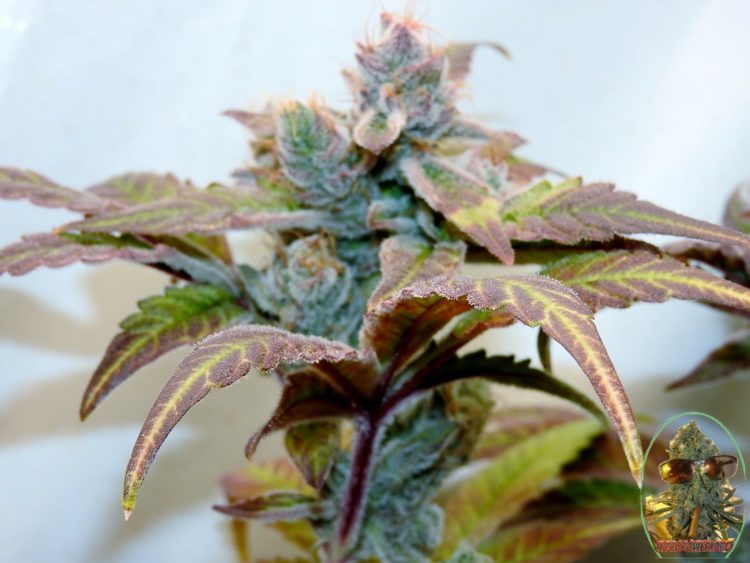 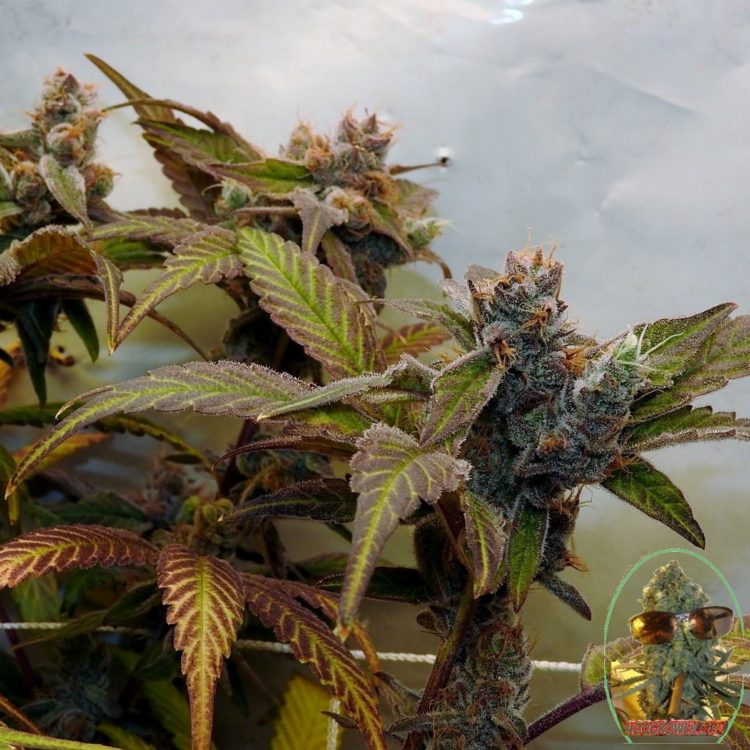 Double Tap came down on day 63. No weights yet but looks like a good harvest. I did not see much foxtailing on either side which leads me to believe spectrum is not a factor in foxtailing, at least in my case.

While I dont yet know which light will yield more yet there were definitely differences between the 2 lights. The HPS buds appeared a bit stockier and a bit larger too. But the LED side had more buds and also grew more leaves.

Both sides were very frosty but I think the HLG 550 produced more trichomes. The biggest difference is in bud appearance and the LED won hands down. There was almost no purple under the HPS but the LED side had nice purpling in the buds. Fade was faster too and I actually think plants under the HLG 550 finished a bit earlier too. Stay tuned for updates!

Most of what you want to know is in the video and final conclusions are below it.

HPS VS LED SIDE BY SIDE GROW RESULTS

The main reason for this HPS vs LED side by side was not to see which would yield better. It was about quality and if spectrum influenced foxtailing. My conclusion was it did not.

There was no foxtailing on either side except for a couple of branches that shot up way to close to the light. excessive light can cause it as well as high temperatures. But in my case I believe it was caused by excess nitrogen. I feed very little N in flower but I believe my coco held on to it because it was being overwatered and therefore overfed.

Yield and quality were virtually identical although the HLG 550 @ 300w produced about 10 grams more. I dont consider this to be significant and could have gone either way. The HLG 550 was dimmed to 300w to match the PAR output of the 600w HPS.

What is significant is the HPS used twice the electricity to produce the same results and I dont see a significant increase in quality to be gained by running it. Had I run the 550 flat out it would have crushed the HPS.

The HPS buds were bulkier. It looked like there was more and it had outyielded the LED. But this was not the case. The LED buds were a bit smaller but denser.

The only other differences I noted was faster fading on the LED side. The LED side produced more purpling too.

The bud quality was excellent on both sides but overall yield was a bit lower than I like. A lot of lower buds on both sides were small and it took a really long time to get everything trimmed because of this.

So there you have it. I will grow this again to see if yields can be improved but if not I probably wont keep her even though the quality is excellent.